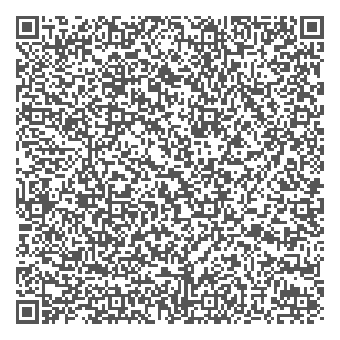 This was fun but overpriced. Something a little different and I am glad I went but I probably wouldn’t recommend it (because of what you get for the price) and I wouldn’t go back.
If you are looking for an experience around London Bridge and don’t care about money this ticks alllll of the 2 boxes because it isn’t it’s not good, it’s just… well the price!
I think what it needs is a drink included in the ticket price… even if they bump up the cost by a few £. At least then you know you are getting more than just entry to the place for a limited time (45 minutes).
The room itself is small but they fill to the right capacity so it isn’t overcrowded. What I thought it needed was better music so you could actually dance while in there orrrr tables or something to mill around as otherwise it was just a bunch of people standing like sardines (only with more space!).
Bewarned you come out sticky — not the nicest feeling in the world!
Livi S.
Évaluation du lieu : 3
London, United Kingdom

Ok so, I really wanted to be blown away by this place, but it was just ok. The idea of a liquid alcohol cloud is really interesting and I was sure if be floating on air on the way out. The truth is, the vape barely gave me a high and even after a few cocktails, I wasn’t really feeling tipsy.
The cocktails were interesting and they do a rather spiffing champagne and absinthe which if you do go, I recommend trying.
All in all, at 12 pound for entrance, I think it’s a little steep for the experience.
Alex S.
Évaluation du lieu : 4
London, United Kingdom

Breathe responsibly.
If you’re looking for a unique London experience, this is it. Alcoholic Architecture is, as you may have heard, the alcohol cloud. You walk into the room and breathe in a cocktail by air. And it is an experience.
You get an assigned time and are down there for 50 minutes. It’s a small space, first walking down small stairs and putting on your rain macks (because everything is about to get a little damp) and then into a small cocktail area before going through the curtains into the room.
And it is a cloud. A misty enclosed room that’s so thick with the cocktail you can’t see what’s in front of you, or sometimes even the walls (I may have walked into one or two). It smells great though and goes deep into your lungs.
The whole space is decorated to look like a monastery, playing homage to the beer and alcohol makers of old — those crazy monks. It’s dark and it’s fun, making it easy to drink even on a Saturday afternoon when we were there.
Because it’s a small space, you’re going to be crowded next to everyone. There’s not a lot of room to move. And sadly, we were there when a ton of lads were out on a stag, so there was a lot of loud singing and screaming and chanting and throwing their fists up in the air. Fun for them, not sooooo much fun for everyone else around them who had nowhere to go to escape it.
Still, we walked out with a nice buzz and even nicer memories. One to do for sure.
Virgilia F.
Évaluation du lieu : 4
London, United Kingdom

Of course something this bizarre would find it’s place in London. I first read about this event in TimeOut Magazine, and had been dying to try it.
Perched on a corner just behind Borough market we were met with a rather gregarious speech, revving the crowd up. He tells us about the theme, how the the cocktail that we taste is a mix of spirits that were once made by monks We are given stamps on our hands for that certain feel of exclusivity and it’s into a dark, narrow corridor that descends down into a dinky little room where we are instructed to adorn ourselves with a plastic poncho to protect our clothing. Then we head to the bar to order a separate drink. It’s cheap but its kitsch so what else would you expect. They have some cocktails, beer and a mocktail for those who don’t want to up the alcohol intake, aptly named «Celibate».
After drinks are collected we make our way to the cloud, at first it’s so misty that you can’t really tell how big the room is but it’s not that big so you are very close to the people in the space. We try to breath it all in and see if we could taste specific spirits, i can only really taste gin but that’s probably down to my lack of spirit knowledge. It feels wet, not sticky and I am not sure if I could tell if my eyeballs were absorbing something like the guy at the door said it would, but it’s certainly fun and definitely different. They have some great tunes playing so it has a club-​like atmosphere. Small enough that two people can enjoy it, like we were but if you were in a larger group it would probably start your night off well. You are only allowed in for 50 minutes and you are swiftly removed when the time is up but you don’t feel rushed. The decoration is great with a nod to the patron saint of beer!
I would recommend it anyone who enjoys those unique london experiences, it put a big grin on my face. 1 thing ladies, don’t waste time with your hair straighteners, its pointless, have the extra 30 mins kip!
Christian W.
Évaluation du lieu : 4
London, United Kingdom

Alcoholic Architecture sounds fun enough to give it a try without even knowing what’s happening. They get call a «walk-​in cloud bar» and this place contains everything I like in life in just one room. Cooks, designers, architects and, most of all, alcohol lovers get along to provide you the most unique experience.
The installation is an alcoholic weather system that mixes meteorology and physiques to make a rain of happiness in your mouth. I’ll save you the details. Just hurry up with tickets if you are interested, as they are planning to end this project in the early months of next year.
Denise G.
Évaluation du lieu : 5
Marietta, GA

Cocktails you inhale?! Alcohol without all the pesky fat and calories!!! I’m. In. Heaven — just thinking about it.
This place just opened in July — it was like Bompas & Parr decided to give me an early birthday gift.
This is a temporary ‘culinary project’ that features ‘breathable cocktail clouds.’ You have to be 18 to get in and only 50 people are allowed in a tent at a time.