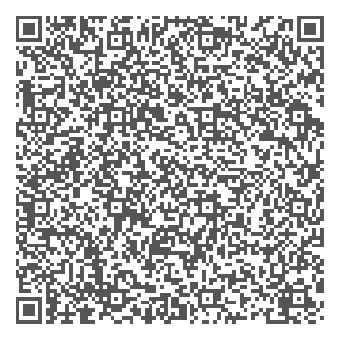 Amazing clean, I recommend this company. Great prices and great service by polite and professional employees. The extreme clean at the beginning was exceptional and now I get regular cleans every month.
Carolina B.
Évaluation du lieu : 1
Pompano Beach, FL

TOOK MY MONEY AND NEVER SHOWED UP!!!
I hired this company to clean my house in Pompano Beach, FL. They charged my credit card when I made the appointment. The day they were supposed to come to my house, I left work early to make sure I would be there to open the door and let them know what areas I wanted cleaned. Sat and waited all afternoon and they never showed up. I called several times and the person on the phone kept telling me «The cleaning crew is very close to your place now. they should be there in the next few minutes» but that definitely was a lie. After that I called and they rescheduled for the following day and again, they never came to my house.
I have been trying to get a refund for several weeks now and they keep lying to me about when the refund will be done.
The last thing the owner (Ron) told me on the phone was that he was going to make sure I would get a check but that has not happened either.
Michelle V.
Évaluation du lieu : 1
Miami, FL

I usually get my townhouse cleaned by a woman who charges 75 $ and it takes her about 3 – 4 hours to do everything, including all my bedding, towels and laundry. She does a great job and my house literally sparkles by the time she leaves. Her husband is ill and she’s taking care of him, so she couldn’t come for 4 weeks (though I was on vacation for 2 of those weeks) and my parents were coming to visit, so I needed a quick, one-​time solution.
Because this was last minute, I agreed to hire
, which I found online. They have an «eco-​friendly,» «totally customizable» package of 4 hours for $ 139. A note to explain the terms: the «eco-​friendly» part is supposedly to have my home cleaned with «eco-​friendly» products that they bring as well as a «steam clean» that supposedly sanitizes everything — personally I didn’t really care so much about the steam cleaning, my priority was to use environmentally safe products, rather than harsh products; I was told the steam-​cleaning would take care of that. The «totally customizable» part means I (supposedly) get to choose how many people come and for how long to make up the 4 hours.
On the initial sales call, I asked for ONE person to come for 4 hours or, at most, 2 people for 2 hours. The reason, I explained, was that I needed bedding laundered — at least 2 loads — and it would take at least 1 hour to go through each full cycle, so it wouldn’t make sense for me to get a team of 3 or 4 for less time. The salesperson agreed.
Before the team arrived, I was informed that I should take them through my house (at no charge — no time on the clock) to share with them what I needed done, and that a supervisor would be there to ensure that it was indeed done to my specifications. At the end, that supervisor would walk back through the home with me and if anything wasn’t done to my satisfaction, they would complete it, however, I could not ask them to do anything additional. That sounded reasonable, so I agreed.
Today 3 people arrived, but when I reiterated that I had only requested 2, the supervisor told me not to worry, she was just there to supervise, only 2 would be charged against my time. Great.
I took them through the house and explained my priorities: 1) My parents room on the 3rd floor, including bedding, 2) the Living Room/​Kitchen, on the 2nd floor, to make sure it looked clean and organized (meanwhile, I’d already put things away and done a basic cleaning, I just needed floors vacuumed/​washed and surfaces dusted), and finally 3) my bedroom, to clean and do bedding and bathroom. If they had extra time at the end of that, they were to do anything else they though was needed.
They started on the 3rd floor and spent a huge amount of time in my room (priority #3), and my parents room (#1). By the time 1.5 hours had passed — 1.5 hours where I could hear the supervisor yelling and screaming to the 2 workers — to the point where one of the workers had a mini-​breakdown and left — they hadn’t even started on the 2nd floor (priority #2) and the supervisor informed me that I was already over time because it was only supposed to be 1.5 hours each (huh?), but if I wanted them to finish the second floor, that I could «take care about» them (her exact words, which when I asked for clarification, she said I could pay them extra money, cash as a tip).
I told her that #1 — I had started a time counter the moment they had arrived (not even when they started working) and only 1 hour and 40 minutes had passed, not 2 hours (presumably for each of the 2 people I was actually paying for), and #2, I reiterated what I had first said, that the 2nd floor was the 2nd priority, and they shouldn’t have spent so much time in my room, since that was NOT the priority. She relented and said that they would do the work as agreed, but she started huffing and puffing and talking under her breath, saying things like «it’s too much work» in Spanish, in which, incidentally, I am fluent.
I confronted her and reiterated that that was what we had agreed on, and I was asking for no more than what was agreed, and she said something along the lines of «fine, we will finish the 2nd floor — but we will NOT clean it completely because it would take too long and you are already over time.» I also had to admonish her to make the beds, which was the very top priority.
I went back in to my office to work while they finished up, and I could hear the supervisor continuing to yell and scream orders, and on top of that, to make fun of me and my home. She was complaining about me (loudly) to the remaining worker-​bee, who was busy actually cleaning.
Once they left, the house looked pretty good, but they left a load of towels in the dryer. Also, when I pulled back the bedspread, the sheets had not been placed nicely on the bed, rather they were thrown on and the duvet was smoothed over to make it look good.
This was not a good experience. I do NOT recommend this company.